The Difference Between an Axe and a Hatchet

Are you preparing to do some woodwork? Chances are, if you’re searching up the difference between an axe and a hatchet, you’re a beginner in the wood-making industry, and there’s a stark difference between the two. Before you get your lumberjack on and impress the wife with your new manly woodcutting abilities, it’s essential to know when to use either tool. This article will help you figure out what each tool is used for and answer some frequently asked questions.

Axes vs. Hatchets: How They Differentiate

When looking at an axe and a hatchet, you’re probably thinking they look similar and can be used for the same thing, right? You’re not entirely wrong. A hatchet is a specific type of ax. But specific types of variations can breed different results. An example being a firefighter’s axe used to break down wooden doors. You wouldn’t go using it to hew a log. Now coming back to the subject of hatchets and axes, there are two distinct differences between the two: the size and the butt. Let’s break down these two and give you more detail.

The easiest way to spot a hatchet most of the time is the size of the tool. This does not always mean if the tool is one-handed, it’s a hatchet. You still have to consider the butt, but (see what I did there) it’s an excellent way to start identifying what you’re dealing with. When looking at a standard axe, it’s usually a two-handed handle around 36 inches long if used for splitting wood, whereas a forest axe can be 20 inches long or shorter.

Hatchets are much shorter in length, often being one-handed, measuring 12 to 18 inches. They’re also lighter, usually weighing about 1 to 2.5 pounds. Again, maybe you’re a big guy, and you can easily hold a 20-inch axe in one hand. This does not mean it’s a hatchet. If you plan on hiking with your tool, remember axes weigh more, so they’re bound to slow you down in a long trek.

Hatchets have a unique feature that separates them from an axe, the hammerhead opposite the blade. These heads or polls (butts) are hardened and designed so that repeated strikes irrespective of the direction won’t cause any damage. Axes differ. Their butts (polls) are flat but are not intended a nail into wood. This could result in deforming the axe with any hammering task, causing possible breakage.

The Anatomy of an Axe

An axe and a hatchet have very similar anatomy, so we will list the basics here and skim over it in the next part, “the structure of a hatchet.” When you look at an axe, you’re probably labeling the materials as “wood” and “metal,” you’re not wrong, but it’s essential to know the names of each portion of the tool. An axe comprises of:

The Structure of a Hatchet

Previously we discussed the structure of an axe, so there’s no need to list everything again, seeing their makeup is so similar—the most significant difference is that the eye and poll are hardened. When looking at an axe, you will notice that wood is sometimes used for its springiness. This is so that when you’re out chopping wood, the axe head isn’t shocked as hard when striking.

For example, if you used metal, it isn’t as shock absorbent so that the axe head would experience more force upon impact. This would result in the soft steel eyes found on most axes deforming.  Therefore, because hatchets are half hammers, they are often designed with hardened steel polls and eyes to prevent breakage when striking nails. In some cases, hatchets are entirely metal, including the handle, making the eye breakage problem preventable altogether.

When to Use an Axe or a Hatchet

Axe: Axes are always used when working with wood. Unless you’re using a pickaxe or a mattock, never use them on metal objects. There are various forms of ‘axes,’ and each can be used for a specific type of wood project.

Whatever axe design you may choose, remember that some of these can be used to perform multiple functions, so as long as it doesn’t involve metal.

Hatchet: Hatches are a more generalized tool and can handle all types of tasks thrown their way. Although you can hew, limb, fell, and split wood, they won’t be as efficient as larger axes. This shouldn’t take away the versatility of a hatchet because it can perform more functions than an axe.

Hatchets are far more agile than axes, so that they can deal with those more delicate jobs. Hatchets can be used like knives, such as preparing game meat or carving sticks. If you’re looking for fresh water, they can also chop through hard ice.

In some situations, they can also be used as self-defense weapons against animals, as they’re longer than the typical ‘survival knife.’ The best alternative purpose of a hatchet is its ability to act as a hammer. If you’re out camping and want to push pegs into the ground, the hatchet can come in pretty handy. Remember to always sheath the hatchet first when using it as a hammer. You wouldn’t want to go cutting yourself accidentally.

Tomahawks look very similar to hatchets and are also a specialized type of axe. They are, however, a weapon first and a woodworking tool second. Tomahawks are lightweight, balanced, and easy to throw but not so good for chopping or splitting wood. Don’t get confused. These shouldn’t be regarded as a ‘tool’ or a hatchet alternative. Just because something seems almost identical to another type of axe does not mean it has the same functionality.

Conclusion: Should I use an Axe or a Hatchet

By now, you’re probably trying to balance the positives and negatives of using a hatchet or an axe. You might be thinking about saving some space on your camping trip and going with a hatchet because of its multipurpose functionality. The answer to which tool you should decide to take along will depend on what you plan to do.

Yes, hatchets are used to chop wood, but we wouldn’t suggest trying to chop down a massive tree. Remember, you’re likely to get much less leverage with a short handle, so it won’t cut into the wood as deeply as an axe would. If your primary purpose is to gather wood, then go with an axe. If you’re planning on preparing your own meats, hammering nails, and don’t need as much wood, a hatchet is your best bet. In any case, it’s a good idea to possess both of these tools and have them ready for whatever situation you may face.

We would love to hear any feedback you have revolving around axe or hatchet brands and which ones you’d advise fellow wood enthusiasts.

An avid mountain biker, Andrej also enjoys camping and spending time outdoors. Andrej loves checking out a new gadget or an interesting piece of tech. With a Bachelor of Science in Engineering, Andrej shares his technical mind and expertise with us. 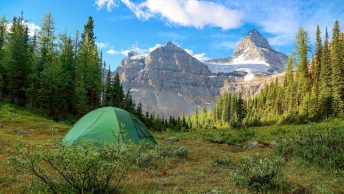 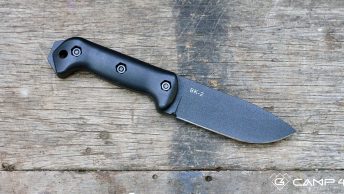 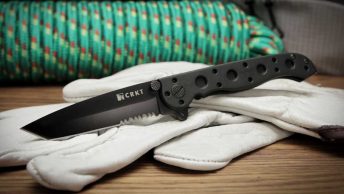 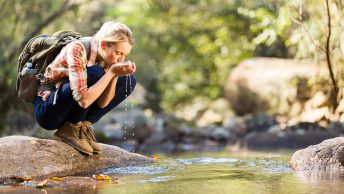